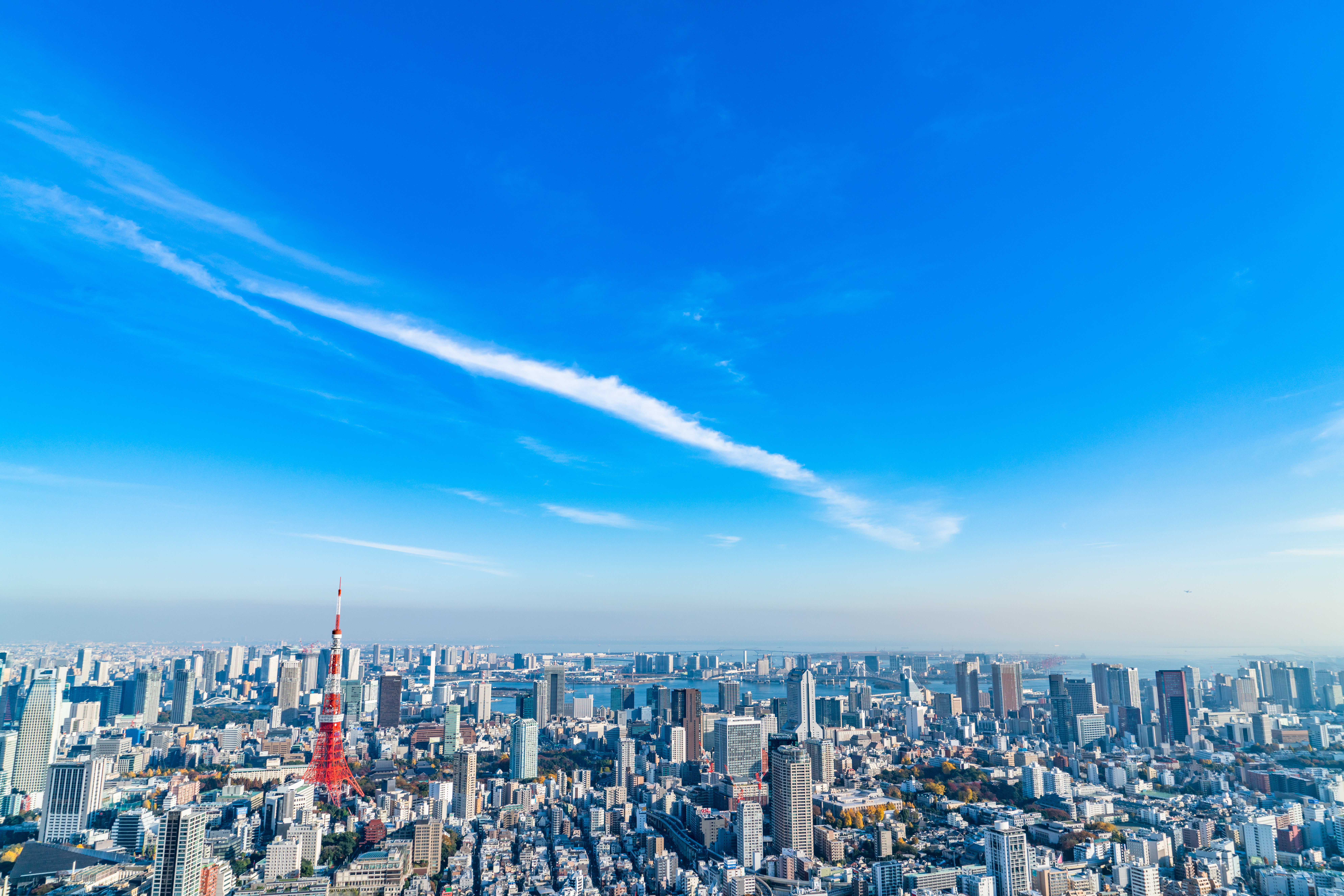 Daiseki is an environmental specialist company whose main focus is industrial waste recycling. The parent company’s main business is intermediate processing of liquid wastes (waste oil, wastewater, sludge) and their separation into reusable components (such as recycled heavy oil) that can then be resold. Subsidiaries include Daiseki Eco. Solution Co., Ltd. (TSE1: 1712), in which Daiseki holds a 54% stake, Daiseki MCR, and System Kikou. In FY02/21, Daiseki generated sales ofJPY30.9bn, Daiseki Eco. Solution, whose main businesses are soil decontamination and plasterboard recycling, had sales of JPY14.9bn; Daiseki MCR, whose main business is refining and selling lead recovered from used batteries, reported sales of JPY2.9bn; and System Kikou, which provides cleanup services for large oil tanks and also does industrial piping installation/maintenance, reported sales of JPY3.1bn. The parent company’s operating profit margin of 26.6% is high, an indication of its competitive strength as an environmental specialist company.

In June 2018, Daiseki unveiled its long-term management vision. Dubbed Vision 2030, the plan reflects its philosophy of contributing to society by creating a better environment, and sets out specific targets that are aligned with the sustainable development goals set forth in the United Nation’s 2030 Agenda for Sustainable Development (adopted September 2015). Under Vision 2030, the company is targeting FY02/30 sales of JPY150.0bn (roughly a 3.0x increase over FY02/18), operating profit of JPY25.0bn (roughly a 2.8x increase over FY02/18), and an ROE of 15% (versus 9.9% in FY02/18).

Sales and profit at Daiseki declined for the first time in two years in FY02/21, with the company reporting consolidated sales of JPY51.5bn (-4.7% YoY), operating profit of JPY10.2bn (-5.7% YoY), and net income of JPY6.5bn (-7.4% YoY). While earnings, mainly in 1H, were sharply impacted by the COVID-19 pandemic, the clear recovery from 2H resulted in only a moderate YoY decline in earnings for the full year. In Q4, operating profit turned higher YoY not only at the parent, but also at subsidiaries such as Daiseki Eco. Solution Co., Ltd.

Daiseki forecasts FY02/22 consolidated sales of JPY56.6bn (+9.8% YoY), operating profit of JPY12.6bn (+23.0% YoY), recurring profit JPY12.8bn (+22.5% yoY), net income of JPY8.2bn (+25.7% YoY), and EPS of JPY159.6 (based on the stock split completed on September 1). The company upgraded its previous forecast when it announced Q2 results. Although the initial sales forecast has been left unchanged, and there is no change in the management's expectation that it will achieve a record profit for the first time in two quarters due to an improvement in profit margins, amongst other factors, the company now anticipates hitting the targets set for FY02/23 in the medium-term plan one year ahead of schedule.  Management’s annual dividend forecast for FY02/22 is JPY56.0 per share, unchanged from FY02/21. However, if the stock split implemented on September 1, 2021 is taken into account, the dividend will actually increase by JPY5.6 per share.

The company revised its medium-term business plan in April 2021. Despite expectations that the initial targets for FY02/23 (consolidated sales of JPY63.0bn, operating profit of JPY13.0bn, and ROE of 10.1%) would be pushed back one year to account for the effects from the COVID-19 pandemic, it appears the company expects sustained growth to drive earnings past those levels, with management now targeting FY02/24 consolidated sales of JPY66.5bn, operating profit of JPY13.5bn, and ROE of 10.1%. The company is expected to announce yet another update, which Shared Research believes will be major upward revisions, in April 2022.

Shared Research sees Daiseki as having three main strengths. First, its many years of experience and reliable reputation as a listed company; second, management’s pragmatic focus on medium-term earnings growth; and third, the parent company’s focus on liquid waste processing. On the flip side, we also see three notable weaknesses. First, domestic industrial production holds back the company’s growth; second, the long lead time needed for the permitting of new plant construction and expansion of existing plants; and third, the limited number of attractive opportunities for mergers and acquisitions. (For more detailed discussion, see “Strengths and weaknesses” section later in this report.)

Reasons for the revisions

Concerning 1H, demand for the company's mainstay soil contamination research and cleanup business recovered, large-scale infrastructure development-related business in the Chukyo area contributed to drive results upward, and sales rose due to the completion of several projects for which orders were received in FY02/21. Additionally, the aforementioned projects proceeded more profitably than expected, resulting in a significant increase to profit.

Forecasts for full-year FY02/22 were revised upward because the company predicts that large-scale infrastructure development work will continue in the Chukyo area and that orders will be received for large projects in the Tokyo metropolitan area and Kansai region, leading to results in excess of initial forecasts.

The company revised its year-end dividend forecast upward by JPY2 per share to JPY5 per share, on the basis of the upward revisions to its earnings forecast. Including the interim dividend of JPY3 per share, the annual dividend is forecast to be JPY8 per share.

The company reported results as follows.

Sales generated by Daiseki Co. (parent), which account for the largest proportion of consolidated sales (59.9% in before elimination of impact from intra-company transactions in FY02/21), fell short of the company’s projections due in part to the COVID-19 pandemic and curtailment of automobile production resulting from semiconductor shortages. However, Daiseki Co. was able to compensate for impact from this shortfall thanks to price revisions, improved profitability stemming from cost reductions, and higher crude oil prices. Consequently, it booked record-high profit in 1H and drove overall consolidated performance. In addition, core subsidiaries including Daiseki Eco. Solutions, Daiseki MCR, and System Kikou also achieved higher sales than the previous year, resulting in record high sales and profits at all levels on a consolidated basis. In accordance with its , the company plans to pay an interim dividend of JPY28.0 per share.

The most notable aspect of financial results for Q2 FY02/22 was additional growth in profitability. The OPM in Q2 amounted to 24.7%, up 5.2pp compared to Q2 FY02/21 (June–August 2020), when it was 19.5%. Quarterly OPM reached its highest level ever in Q2, rising 2.5pp above its level in Q1 (March–May 2021), which was 22.2%. The company's sales in Q2 are typically lower than in Q1 due to the summer holidays, but in FY02/22, Q2 sales were about JPY1.0bn higher than in Q1. On a quarterly basis, sales increased YoY for the second consecutive quarter, operating profit increased YoY for the third consecutive quarter, and the operating profit margin exceeded 20% for the fourth consecutive quarter.

Sales in 1H fell short of the company's target of JPY17.2bn, but operating profit exceeded the company’s forecast (JPY4.6bn) and reached a record high, primarily due to The company's recycling technology is attracting attention once again as factors such as tighter environmental regulations generate demand for more stringent liquid waste treatment among operators of general businesses. The company believes that price revisions consequently generated greater upward impact on profitability than it had expected. Also contributing to the increase in profitability was growth in the price of the company’s recycled fuel oil, which was due to a rise in crude oil prices. Generally speaking, changes in the price of the company’s recycled fuel oil lag behind changes in crude oil prices by three to four months. Accordingly, the company believes that upward impact on profitability stemming indirectly from crude oil price shifts was larger in Q2 (June–August) than it was in Q1 (March–May).

Daiseki Eco. Solution’s main businesses include . In 1H, its sales amounted to JPY9.1bn (+22.9% YoY), while its operating profit came to JPY1.3bn (up about 180% YoY), and its OPM 14.2% (6.2% in 1H FY02/21). general soil pollution treatment projects continued to be tough, but overall profitability improved thanks to growth in the company’s .

The primary driver of improvement in OPM was the company’s shift to , which has been a point of focus since FY02/21. Profitability associated with general soil pollution treatment projects continued to be rough due primarily to intensified price competition.