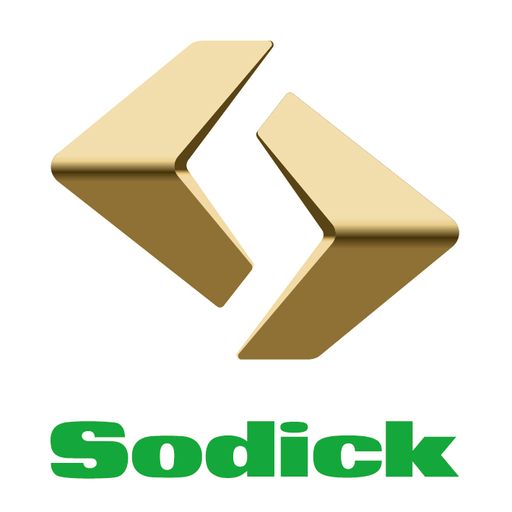 Sodick is a machinery manufacturer that supplies electrical discharge machines (EDMs: machine tools that use electric sparks to machine metals; see box below). In FY12/20, it reported revenue of JPY58.0bn and operating profit before consolidation adjustments of JPY3.9bn. It has four segments: Machine Tool (EDMs and other machinery; 65.5% of total revenue and 74.7% of total profit in FY12/20), Industrial Machinery (injection molding machines and other machinery; 18.8% and 15.4%), Food Machinery (noodle-making machines and sterile-packed cooked-rice production systems; 6.2% and 1.7%), and Other (precision die and mold operations, sales of products manufactured with in-house technology; 9.5% and 8.2%). Overseas operations generate 66.0% of total revenue (value basis), with Asia accounting for 47.3% (Greater China: 37.4%), the Americas 11.2%, and Europe 7.5%.

EDMs have been the core product since the company’s founding in 1976. In FY12/20, they brought in JPY38.0bn or roughly 95% of the revenue generated in the Machine Tool segment (after including repairs, maintenance, and consumables). Sodick has captured a global market share in high-end EDMs of roughly 30%, which puts it in the same league as Mitsubishi Electric (TSE1: 6503) and Switzerland-based GF Machining Solutions (formerly Agie Charmilles). It has pioneered EDMs equipped with numerical control units (NC units) since its early days, and established itself as a leader in the EDM field. Examples of its achievements include the development of the world’s first linear servo motor drive high-speed NC die-sinker EDM in 1998, and the world’s first linear servo motor drive high-speed wire-cut EDM in 1999.

In the 10 years from FY03/12 to FY12/20 (during which the company changed its accounting period), OPM averaged 8.0%. Compared with its rivals, this was below Okuma Corporation (TSE1: 6103; 9.1%), but ahead of DMG Mori Seiki (TSE1: 6141; 5.9%) and Makino Milling Machine (TSE1: 6135: 5.6%). Over the same period, OPM in the company’s Machine Tool segment averaged 13.1%. Shared Research understands the strong segment OPM is attributable to the company’s sizable market share in high-end EDMs (roughly 30%), integrated production achieved through in-house manufacturing of NC units and linear motors, and the use of internally developed ceramics.

The company mainly provides EDMs to large, mid-sized, and small die/mold manufacturers, which supply their products to the automotive, smartphone, IT equipment, electronic parts, and many other industries. Parts machining is also an essential component of the medical equipment, aerospace, energy, and other industries. In Japan, the company sells its products both directly through its sales division and indirectly via agents. Through this collaborative approach, it aims to meet the specific needs of each region. In China, the largest market for the company, Sodick mainly sells its products directly through sales subsidiaries. In other parts of the world, it sells its product directly in the US, via agents in Europe (excluding Germany), and using different strategies for each region in Asia.

Prices for Sodick’s EDMs range from JPY7–8mn at the low end to roughly JPY60mn at the high end, with the bulk of the orders falling in the JPY10–15mn range. Base models function as platforms that can be upgraded with optional equipment (such as automatic electrode changers), and prices can therefore diverge by as much as several million yen depending on variations in specifications. While selling prices have generally trended down over the last 10 years, Sodick says they turn up in some years due to orders for optional equipment. The lead time between orders and revenue recognition is roughly three months. The company maintains production plans extending four months out, and reviews these plans each month. Based on an analysis of historical order and customer trends, it also produces a certain quantity of EDMs using a make-to-stock approach. It says the EDM replacement cycle is about 10 years, although this varies by customer.

Sodick manufactures EDMs in Japan, Thailand, and China (two production sites), and sells them around the world. In FY12/20, it sold 2,706 EDMs, with Asia accounting for 71.6% (China: 63.2%), Japan for 9.3%, the Americas for 8.8%, and Europe for 10.3%. It sells a large number of EDMs in China because it can take advantage of local production, and because the country is home to many smartphone and IT companies with micromachining needs. Sodick has annual production capacity for some 4,000 EDMs, but it can ramp up production to 5,000 units by adjusting manpower in its assembly processes. By region, it produces about 50% of its EDMs in Thailand, just over 40% in China (two production sites), and under 5% in Japan.

Materials costs (including parts procurement costs) make up some 75% of the company’s manufacturing costs, labor costs about 10%, and outsourcing and other costs roughly 15% (averages estimated by Shared Research, non-consolidated basis). Labor costs are expanding in tandem with an increase in personnel costs overseas. After excluding the procurement of parts, stainless steel and castings are the main component of material costs. Such costs fluctuate based on price negotiations with suppliers, and related impact takes roughly six months to be reflected in operations. Thereafter, these price swings also start showing up partially in the pricing of end products.

The global market for high-end EDMs, in which Sodick controls a high share, is worth around JPY150.0bn. Over the medium term, the company sees the market transitioning from mid-range and low-end models to high-end models (its forte), spurred by trends such as miniaturization, increasing complexity, and integrated production.

In the Industrial Machinery segment (revenue of JPY10.9bn in FY12/20), the second largest business after the Machine Tool segment, the company mainly supplies injection molding machines—a type of equipment that handles all processes involved in injection molding, from melting the plastic resin materials (pellets) to injecting the molten plastic into a mold, cooling, and removing the solidified material. Sodick produces and sells injection molding machines equipped with its proprietary V-LINE® System, which supports improved precision and yields through stable filling volume achieved by separating the processes of plasticization (melting of pellets) and injection of the molten plastic into a mold. The company supplies these machines to the automotive, smartphone, IT equipment, electronic parts, connector, and medical instruments industries.

In the Food Machinery segment (revenue of JPY3.6bn in FY12/20), which was launched in 2007, the company develops, manufactures, and sells noodle-making machines, noodle-making plants, sterile-packed cooked-rice (instant rice) production systems, and production lines. It supplies integrated production lines for sterile-packed cooked-rice that handle all processes from washing, sterilizing, and cooking the rice, inserting it into containers, and packaging the containers. It sells food machinery to major noodle manufacturers, manufacturers that supply noodles to convenience stores and supermarkets, restaurant chains, and confectionary manufacturers. In the Other segment (revenue of JPY5.5bn in FY12/20), the company undertakes contracted development of products such as precision dies and molds and automotive plastic connectors, and also develops, manufactures, and sells ceramic products, linear motors, motor drivers, and LED lighting.

In FY12/21, Sodick forecasts revenue of JPY71.8bn (+23.7% YoY), operating profit of JPY6.1bn (increase of roughly 2.3x YoY), recurring profit of JPY7.0bn (increase of roughly 2.5x YoY), and net income attributable to owners of the parent of JPY4.9bn (increase of roughly 2.7x YoY). It targets EPS of JPY93.3. The company upwardly revised its forecast when it released Q2 results and left this forecast unchanged at the time of Q3 results. It now looks for segment profit in the core Machine Tool segment to increase 2.3x YoY, driving a recovery in overall earnings. This outlook is predicated on a continued recovery in demand for 5G applications and semiconductors in Greater China, and expectations that global capital investment will bottom out. However, lengthening lead times for EDMs remain a concern.

The company every year releases a medium-term management plan for the following three years. The latest iteration of the rolling plan covers the period from FY12/21 to FY12/23. It calls for FY12/23 revenue of JPY75.0bn (versus JPY58.0bn recorded in FY12/20), operating profit of JPY7.6bn (JPY1.9bn), and an OPM of 10.1% (3.2%). It anticipates an earnings recovery in the core Machine Tool segment (FY12/23 targets: segment profit of JPY7.6bn, OPM of 15.6%) aided by an optimized production structure. However, the company plans to review these targets in February 2022 as earnings have outpaced its initial outlook in FY12/21.

Shared Research sees Sodick’s strengths as: 1) its reputation as a pioneer in EDMs and global market share in high-end EDMs of roughly 30% that ranks it among the leaders in the field; 2) its ability to generate higher margins on EDMs than its rivals by manufacturing NC units and linear motors in-house (whereas rivals source a high share of their parts and materials externally) and sell its products at a premium; 3) the potential to benefit from the many advantages offered by EDMs over conventional machine tools, such as superior micromachining capabilities and support for unmanned operation.

We see its weaknesses as: 1) low labor efficiency—an area with much room for improvement; 2) limited potential for growth through market share gains in a stagnant EDM market; and 3) insufficient risk diversification attributable to a concentration of sales and production in specific countries.

Source: Shared Research based on company data
Note: In 2017, the company changed its fiscal year-end from March 31 to December 31, eliminating the three-month timing difference in the settling of accounts with its Chinese subsidiaries. The company did not disclose YoY changes for FY12/17 as that year was an irregular nine-month period.

Announcement of share repurchase, and cancellation of treasury stock

The company announced that it would repurchase and cancel its own shares in order to improve shareholder returns and increase the value of its shares based on a flexible capital allocation policy in response to changes in the business environment. The maximum number of shares to be repurchased is 500,000 shares (JPY500mn), and the cancellation is scheduled for December 28, 2021. The maximum limit of 500,000 shares represents 0.91% of the total number of shares in issue (excluding treasury stock).

In the mainstay Machine Tool segment, both orders and sales of electrical discharge machines were higher than the previous year, leading to an increase in segment profit to JPY5.3bn (JPY1.7bn in Q3 FY12/21). In addition, Food Machinery and Other (dies/molds, etc.) also grew, offsetting the sluggish performance of Industrial Machinery. Segment profit is stated prior to adjustments.